California isn’t exactly known for sound policy, so when good news comes out of the Golden State, we pay attention. Last month, California passed a measure banning any new soda taxes in the state until 2031. In fact, it’s not just soda that has a prohibition on additional taxes, but all sorts of groceries.

Unfortunately, this only affects future taxes, not ones that are already standing, such as San Francisco’s soda tax. Additionally, the measure is viewed as a compromise, where a competing draft would have required a two-thirds supermajority vote to approve any new local taxes and fees.

For consumers, there is cause to rejoice but—just like fizz—this will only last for a certain period of time. A 12-year ban is hardly long-term. Why not extend the ban indefinitely? Good policy today will still be good policy tomorrow, or in 13, 15, or 30 years.

By examining other soda taxes that have been enacted around the country, the true effect of such policies becomes clear—and it’s not so sweet.

First and foremost, a soda tax is regressive and ends up disproportionately affecting the poorest Americans. Affluent Americans don’t change their soda consumption habits due to new taxes as they can handle the financial cost with much greater ease than low-income Americans. Last year, voters in Santa Fe rejected a soda tax, with voters in the lower-income districts most overwhelmingly against the measure.

And unsurprisingly, soda taxes have resulted in the phenomenon of underground soda smuggling.

After Philadelphia passed its soda tax, soda sales in the city went down. But they skyrocketed in the areas immediately outside the city. It’s not just individuals making these soda runs, but businesses looking to get around the tax as well, filling up vans with soda and bringing the drinks back to distribute in Philadelphia.

Setting up a soft drink black market wasn’t the intended outcome of these misguided soda taxes. But it was predictable.

Advocates for soda taxes generally make their case on two fronts: claiming the taxes will discourage people from buying soda rather than a healthier option and that the taxes will bring in additional revenue the city can then dedicate to any number of programs.

This is a bit of a head-scratcher. Either consumers stop buying soda, and therefore revenue goes down—or revenue goes up due to a steady rate of soda purchases. It can be one or the other, but it can’t be both.

Consumers don’t need legislators passing taxes to discourage eating and drinking habits. We hope personal responsibility will be treasured in California—and all of America—well beyond 2031. 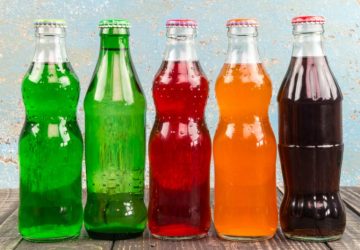