Readers know we have railed against soda taxes—including the one in Philadelphia— as disproportionately harming the poorest among us. But there’s another group hurt by the tax: store owners.

As reported by Philadelphia’s KYW:

A ShopRite store in West Philadelphia is closing. The owner is placing the blame on Philadelphia’s tax on soda and sweetened drinks.

Store owner Jeff Brown says this location has lost approximately 25 percent of its business over the last two years because of the tax on soda and sweetened drinks.

Of course, residents of Philadelphia who want soda—without the beverage tax—merely have to drive outside the city to stock up on the drinks. So even if those people are still buying the same amount of soda, they’re not buying it in Philadelphia, therefore hurting sales at stores—not just for soda, but for other goods they would have bought along with that soda.

Unsurprisingly, the soda tax revenue has been sinking as shoppers flee Philly. That’s not the first time that’s happened, either; in Seattle, Costco helpfully suggested shoppers buy their sugar-sweetened drinks at a location outside the city.

As Philadelphia mayor Jim Kenney succinctly stated when explaining why he is committed to the soda tax, “this is a tax on a product that doesn’t have to be purchased and is bad for you.”

Philadelphians should not be grateful that a man in city hall is dictating what they should and should not buy. People in Philadelphia and elsewhere have every right to make their own shopping decisions, free from the interference of an overzealous nanny state.

If Mayor Kenney believes that soda is “bad for you,” then it’s not outside the realm of possibility to envision him slapping taxes on other products he deems “bad for you.” Imagine taxes on ice cream, brownies, and pizza. Heck, even Philadelphia’s beloved cheese steak might have to be taxed, due to the fat and caloric content.

Before more businesses go under, it would be wise for Philadelphia to nix the tax as Chicago already has. 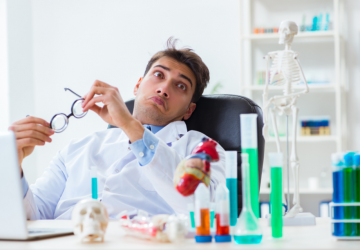