Bruce Friedrich is a lot of things, but he isn’t a scientist.

Friedrich has made a name for himself in recent years as he peddles fake meat products throughout the United States through his organization, the Good Food Institute. While Friedrich may present himself as a scientist or a nutritionist who has some authority on the topic of healthy food, he is neither.

EatingWell, a food magazine, learned this the hard way. The publication commissioned a profile of Friedrich under the headline: “Meet the Scientist Behind the Plant-Based Meat Movement.” 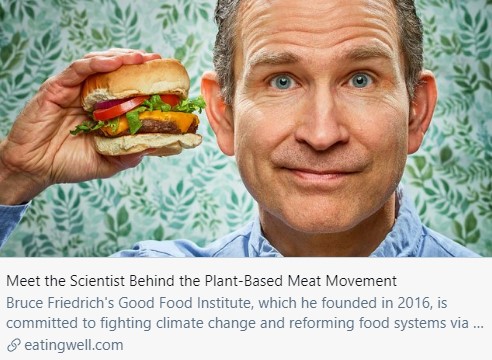 But Friedrich isn’t a scientist at all–not even a mad one. In fact, he’s an animal rights radical who has been arrested several times.

Friedrich, who studied economics and law, became one of the faces of PETA’s radical activism throughout the past few decades. Friedrich was arrested in London in 2001 after protesting President George W. Bush while running naked with just the words “go vegan” painted on his body. He spent several months in prison for attacking an Air Force fighter jet with a hammer and a bucket of blood.

Friedrich can also claim many of the most stupid and offensive remarks PETA has made as an organization — which is really saying something. He has said that Timothy McVeigh, the Oklahoma City bomber, should be grouped “with some of the world’s greatest visionaries, including Albert Schweitzer, Gandhi, Leo Tolstoy and Albert Einstein” because his final meal was vegetarian. He said individuals who eat meat are as vile as “Nazi doctors and slave traders.” He has compared people who eat meat to child abusers.

After we reached out to EatingWell about Friedrich’s lack of credentials, the publication changed the headline, dubbing Friedrich an “innovator” rather than a scientist. There’s not much meat on the bones there, either–it’s not like Friedrich came up with how to make fake meat. He just advocates for it. A better title would be “goop shill.” 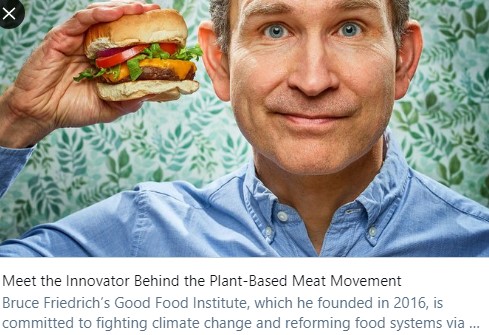