Thank You for Telling California Lawmakers: Stay Out of My Closet

The government shouldn’t be the fashion police. Yet Assemblywoman Laura Friedman is working at the behest of animal liberation extremists to do just that.

Friedman is pushing a bill, A.B. 44, to ban the sale of natural fur. The activists Friedman is allied with also want to ban people from buying wool and leather (and eating a cheeseburger). Worse, this seedy crowd includes a convicted felon and activists facing criminal charges for breaking into farms.

Who is Behind the Fur Bans?

On the heels of Los Angeles’ fur ban, California Assembly Bill 44 would ban the sale of fur statewide in everything from keychains to coats. The ban would serve as the first step in the larger agenda that radical animal activists hope to implement: Forcing a vegan lifestyle on all Californians. They’re not against fur, they are against wool, leather, and silk; they want to shut down zoos and aquariums; they want to ban burgers, cheese, and other animal food products; and many are even against pet ownership. And they are prepared to use deception and intimidation to get here. 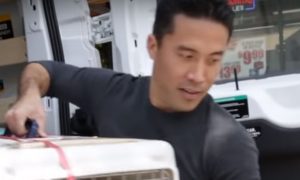 Earning the adoration and donations of many celebrities through near-unbelievable stories of dangerous dog rescues throughout Asia, Ching has been able to advance his radicalism through Animal Hope in Legislation, which is co-sponsoring the fur ban. But he has a dark side.

Ching did 9 years in Solano Prison in California for felony kidnapping. Ching’s post-prison life has been questionable as well, with his animal “rescue” allegedly leaving hundreds of the dogs to die in cages. “Those poor dogs just went from one hell to another,” commented one advocate.

People for the Ethical Treatment of Animals (PETA) 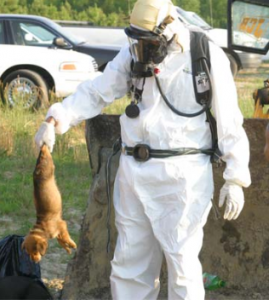 The training ground for animal rights extremists led by Ingrid Newkirk serves as one of the fur ban’s biggest supporters. PETA has led the crusade to ban fur primarily through bullying, often organizing massive email campaigns and protests to a variety of clothing companies. Like Ching, PETA also has a dark side: Its unrepentant killing of pets.

Since 1998, PETA has killed about 40,000 animals at its headquarters, according to official government records. PETA has also supported extremists and criminals. Most notably, PETA paid for the legal defense of a member of Animal Liberation Front (ALF) a group that the FBI considers to be a domestic terrorist organization. PETA also has given money to the Earth Liberation Front, another domestic terror outfit. 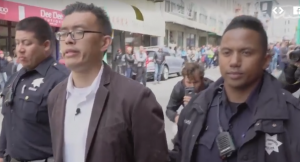 Described by many as a cult for animal extremists, Direct Action Everywhere is a network led by Wayne Hsiung, who currently faces trial in three separate court cases. The organization has a history of extreme protests in which they swarm restaurants and grocery stores, waving around gory imagery in effort to guilt-trip patrons into embracing a vegan lifestyle. 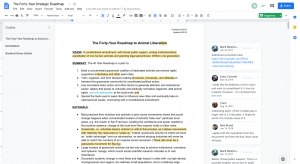 DxE has gained notoriety by committing what it calls “open rescue,” in which activists sneak onto farms and steal livestock—and in some cases cause hundreds of thousands worth of damage. The ultimate plan of DxE is to make Berkeley a “meat-free” city in the next few years, grant Constitutional rights to animals, and dictate a vegan society by 2055. The fur ban is just a first step.