The British medical journal The Lancet is running a series on the positive impact of physical activity on public health, which we covered yesterday. Researchers found that up to 5 million deaths worldwide could be attributed to inactivity.

We additionally noted a recent finding from researchers from the Pennington Biomedical Research Center. They found that “jobs requiring moderate physical activity have all but disappeared.” We’ve thought that for some time, and it is pretty easy to see from this cartoon. 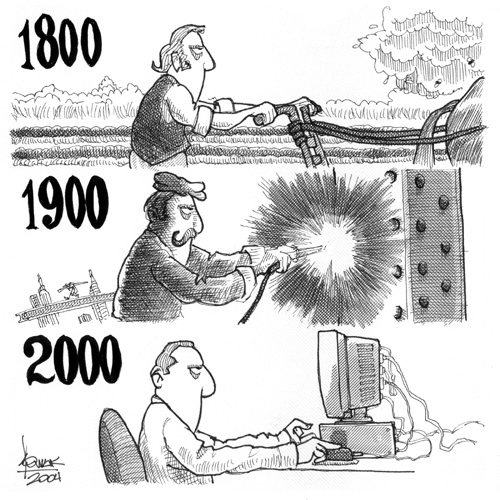