President Joe Biden and his officials at the Justice Department want Americans to continue to be able to bring home the bacon.

The Biden Administration filed an amicus brief urging the Supreme Court to side with pork producers in the upcoming case on California’s Proposition 12. In the filing, the department bashed Proposition 12 and argued that California “has no legitimate interest” in trying to regulate animal husbandry practices of animals raised in other states.

Proposition 12 was a 2018 ballot measure supported by the Humane Society of the United States and other vegan groups that bans the sale of pork raised using common animal husbandry practices. While voters passed it, what they didn’t realize was that the policy would also make it so that 96 percent of the pork produced in the United States could not be sold in California.

A state court put the measure on hold a few months ago, preventing this pork ban from taking effect.

Proposition 12 outlaws the sale of pork from a farm that utilizes maternity pens. Maternity pens are crates used to separate birthing sows — which can become violently territorial — to prevent them from harming themselves or other sows. Maternity pens are the standard in the pork industry and they are endorsed by veterinarians and farmers alike.

The National Pork Producers Council filed a lawsuit arguing that voters in California should not get to dictate how producers outside the state raise their animals. Several groups, 26 state attorneys general, and now the U.S. Department of Justice, filed briefs in support of the pork producers.

Unlike some other groups, the Biden administration did not take a position on whether California’s policy on maternity pens was constitutional. Rather, the department argued that a lower court, which dismissed the case without granting it a hearing, should not have dismissed the case before arguments were made.

Moreover, the lawsuit cites that Proposition 12 does little to improve outcomes for pigs or human consumers, despite many misleading claims from groups like HSUS and Animal Wellness Action. All the policy seems to do is raise production costs by 9.2% for pork producers – a steep cost that is passed onto consumers.

Oral arguments for National Pork Producers Council v. Ross will be heard by the Supreme Court on October 11. 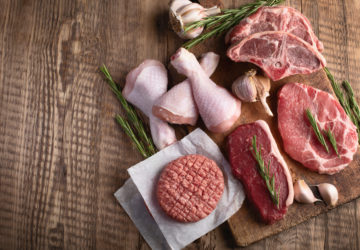 Meat and Climate: Don’t Have a Cow, But Do Enjoy a Burger