WASHINGTON (January 17) — Washington, DC — Under the guise of being a medical organization, Physicians Committee for Responsible Medicine (PCRM) launched an anti-milk campaign today, listing the “horrors” of the calcium-rich beverage. The Center for Consumer Freedom (CCF) today called on PCRM to stop portraying itself as a medical organization and come clean about its connections to extremist animal rights organizations responsible for acts of violence and millions of dollars in destruction of property. Research detailing PCRM’s ties to these groups can be found on CCF’s ActivistCash.com, an online resource exposing the tremendous funding sources of the most influential activist non-profits aligned against personal consumer choice of food and drink.

The ActivistCash.com profile of Physicians Committee for Responsible Medicine reveals that PCRM’s Neal Barnard recently engineered a letter-writing campaign with Kevin Jonas of the violent animal rights group known as SHAC. Jonas used to be known as Kevin Kjonaas, back when he was a spokesperson for the Animal Liberation Front (ALF), a militant group labeled terrorists by the FBI.

SHAC is singularly dedicated to dismantling the Huntingdon Life Sciences company, a UK firm which (like most respectable biologists) recognizes that most breakthroughs in the study of human diseases come from research using animals as test subjects. Huntington Life Sciences’ work includes animal research to find new treatments and cures for Parkinson’s, Alzheimer’s, cancer and epilepsy. SHAC activists have chosen to make their feelings known by fire-bombing automobiles, smashing windows, assaulting research employees, and targeting individual investors for round-the-clock harassment and intimidation.

Barnard’s alliance with Jonas and SHAC produced a series of co-signed letters to business leaders in 32 states and 8 foreign countries, urging them not to do business with Huntingdon (copies of letter available).

Other information on PCRM revealed on ActivistCash.com includes:

Over the next several weeks, Center for Consumer Freedom will be running full-page ads in many of the nation’s weekly news magazines in what will be an extended campaign to protect consumer choice and expose the hypocrisy of activist groups such as PCRM, PETA, Greenpeace and more. 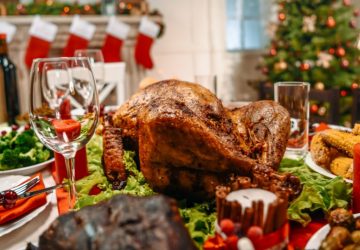